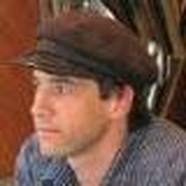 My background is in the systematic study of language and embodied conduct, especially as used in natural situations of social interaction and activity. I began working within ethnomethodology and conversation analysis (CA) for my PhD (2001, Australian National University), collecting cockpit video recordings from passenger flights to examine pilots’ collaborative work to fly their aircraft. The findings focussed on language and grammatical matters like and-prefaced turns, pronominal use, and instructions, as well as the body and materiality e.g. pointing, gaze, body positioning. This interest extended to human error in aviation incidents and accidents (commercial and military), including so-called ‘black box’ recordings. It later shifted towards road transport, considering driver-passenger interaction in cars, and driver activity and distraction, and then mobility more generally. I have also taught and published on the nature and development of academic learning, especially writing (e.g. citation practices).

I have been broadly interested in how people see and identify, and touch and manipulate objects, to accomplish and develop shared understandings of what they’re doing and what’s going on. Objects have featured throughout my research. For example, in the airline cockpit pilots act with technological objects (e.g. displays, buttons), or non-technological objects like pens and paper. In cars, the objects used by drivers and passengers include phones, food, makeup, handbags, toys. Planes and cars are also themselves physical objects which operators control, relative to features of the material surrounding environment and to other participants within it. I have examined also objects used by gamblers, such as electronic gaming machines, and objects associated with playing them (money and credit cards, furniture, food and drink).

My most significant or more recent publications include the book Beyond the black box: Talk-in-interaction in the airline cockpit (2004), three co-edited books, Interacting with objects: Language, materiality, and social activity (2014, as lead editor), Multiactivity in social interaction: Beyond multitasking (2014) and Interaction and mobility: Language and the body in motion (2013), and a co-edited special issue on Meaning in motion: Interaction in cars, for the journal Semiotica (2012). In the journal Research on Language and Social Interaction (2015) I published a major review paper on the development of research interest in embodiment in social interaction, considering over 500 texts. For the review I also compiled a full bibliography of that journal, covering 26 years, which is now publicly available. In other activity, as contributions to the broader research community: I transcribed a 1977 conference talk by Gail Jefferson on the poetics of ordinary talk; I compiled a list of terminology used by researchers to capture the character of embodiment, including over 200 forms of wording; and I have written three guest blogs for the journal Research on Language and Social Interaction.

In preparation and submitted

Journal and other reviewing (2015)