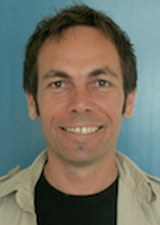 Over the years, I have ventured into a range of territories, all of which have been informed by an interest in social interaction. Most recently, I have been especially interested in linguistically dynamic settings, and usually in institutional settings such as workplaces, classrooms and counselling. More specifically, my interest is in the resources of which we avail ourselves in physically co-present interaction in order to facilitate mutual understanding. To that end, I have recently co-edited, with Kristian Mortensen and Gitte Rasmussen, a special issue in the Journal of Pragmatics on avenues for incorporating non-vocal resources into conversation analytic research.

STUDENT GUIDANCE COUSELLING
My PhD research explored institutional interaction in study guidance settings in international universities, with data featuring International Office helpdesk service encounters and student counselling meetings. This included exploratory work with Kristian Mortensen on how members enact particular institutional activities and related social identities by drawing on a range of resources, including – and relevant to the current project – material and graphic objects in the local environment. Furthermore, the study demonstrated how objects are drawn on to represent components in the somewhat complex administrative procedures at the heart of the guidance activities.

THE CREATIVE INDUSTRIES
A separate research strand that I am pursuing concerns interaction in creative settings. Recently, I conducted fieldwork with two theatre companies as they went about rehearsing new productions for performance. The video data allow for an exploration of how theatre practitioners go about the business of playing, discovering, understanding and representing social interactional settings. The study is situated at the intersection between social scientific approaches to human sociality and its creation and consumption as cultural artefact. With regard our social objects endeavour, one line of investigation concerns the enactment of objects within theatrical performance, including their transformation from material resource to prop to socially situated object in a staged scene. Currently in press, I also have one article on developments in the 1990s UK theatre scene, and in preparation an article on representations of healthcare in theatre performance.

HEALTHCARE INTERACTION
Leading on from the above, healthcare provision is an area of research that I have become increasingly interested in, while contributing methodological support and analysis to Performance features in clinical skills assessment (2014), a research project carried out by Celia Roberts, Sarah Atkins and Kamilla Hawthorne in the UK. Sarah and I are now pursuing further lines of investigation in continuation of this research project, including a study of the enactment of empathy in healthcare encounters, as well as the deployment of visual resources in advice giving sequences.

RESEARCH METHODS
My involvement in the above project for King’s College, London stems from a byline in research methods relating to the production, treatment and application of audio- and audio-visual data for studying social interaction. With Janus Mortensen, I have run research methods workshops in Denmark, Spain, the UK and Japan, which aim to provide a platform to reflect on the various interconnected stages for data development – from technical considerations to getting access to settings right through to analysis and presentation of data as part of dissemination. More importantly, the workshops provide hands-on skills development in the use of transcription linking tools such as ELAN and CLAN. The workshop materials, consisting of tutorial documents and step-wise exercises can be also downloaded from talkbank.org. Furthermore, two preliminary publications on this topic, The Data Cycle and Transcription Linking Software, can be found in proceedings from a research methods symposium in Osaka (Ikeda & Brandt (eds), 2012). A more substantial article on transcription linking software is currently in review.

INTERNATIONAL WORKPLACE STUDIES
Finally, I am also associated as researcher within the LINGCORP project (Language and Interaction in the Global Corporate Workplace). This research project (funded by the Danish Council for Independent Research | Culture and Communication) has been tasked to investigate processes of internationalisation in everyday workplace settings, brought about as a result of transnational mobility and cross-border collaboration. LINGCORP applies a range of methodological approaches to examine the implications of the on-going processes of internationalisation on those who operate in these linguistically charged environments. Recent publications include an article for the Journal of Language and Intercultural Communication on language policing in the workplace, and with Janus Mortensen a number of studies on multilingual practices in international settings.

I have recently collaborated on articles with Johannes Wagner (on language classroom interaction) and Janus Mortensen (on language change in lingua franca settings). Currently, I am preparing papers with Mie Femø Nielsen on facilitation in idea development meetings; with Kristian Mortensen on second language classroom interaction; Louise Tranekjær on laughter sequences, and with Sarah Atkins on general practitioner examinations in the UK.